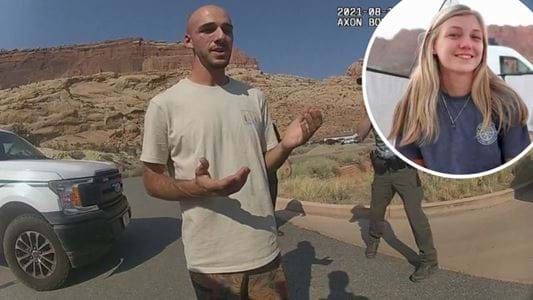 Killer of social media influencer Gabby Petito, Brian Laundrie was ‘chewed away’ by animals after his suicide, according to an official autopsy report.

Brian Laundrie died of a gunshot wound to the head while fleeing authorities after killing his girlfriend Gabby Petito while on a road trip across the United States.

Investigators located a “majority” of the body of Laundrie, 23, in a national park, with some areas showing signs of “gnawing and chewing”.

According to the autopsy report, these marks were caused by “post-mortem recoveries” and “carnivorous activity”.

Laundrie’s body was found alongside several items believed to have belonged to the 23-year-old, including a pair of slip-on shoes, a ring, shorts, a backpack and a handgun.

A second scene was established where investigators discovered the remains of an animal that indicates the hunt with a hat, a handwritten note, and a waterproof bag containing Laundrie’s diary, a notebook, and a wooden box.

Investigators said the notebook contained entries from Laundrie, confessing to the murder of his 22-year-old girlfriend, Gabby Petito.

Petito disappeared in October last year, with police not learning of his disappearance until after Laundrie returned from his travels without Ms Petito.