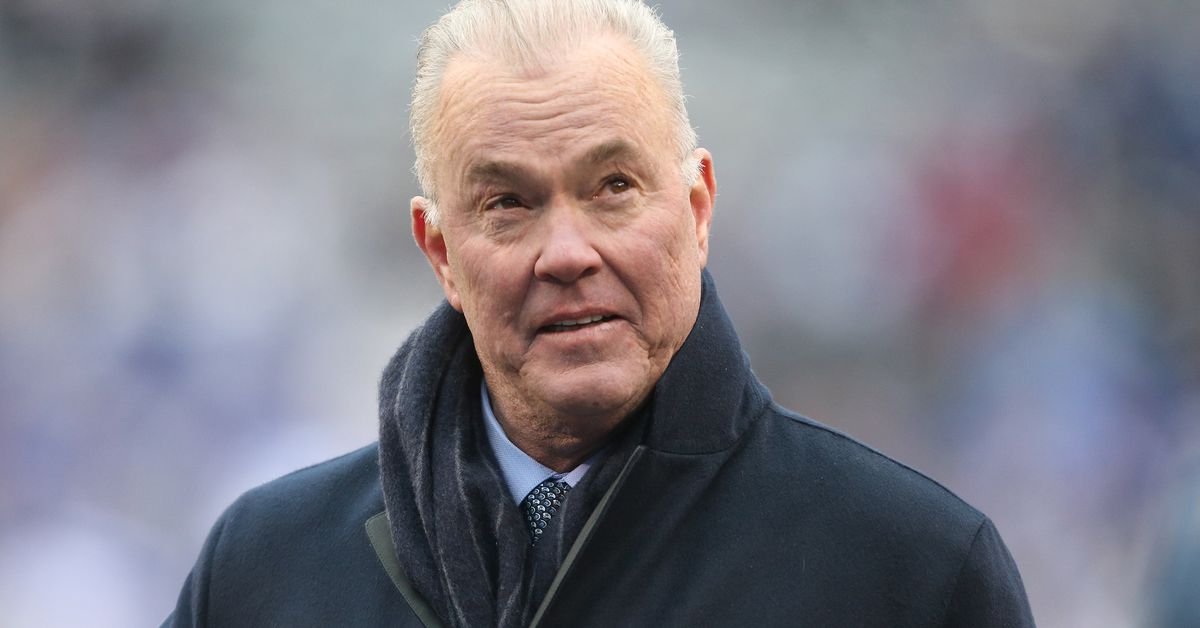 It’s almost draft time, which means it’s time for an annual Dallas Cowboys tradition. Senior management, especially Stephen Jones, tell us how great a job they’ve done and why we should all be excited about the team’s prospects this year. However, many of us looked behind the curtain. Others will continue to buy what they are selling. But when you look closely, you realize how much smoke and mirror action is involved.

The clearest example is Jones’ easily dispelled claim that Dorance Armstrong gives the team a level of production almost equivalent to that of Randy Gregory. Some of the immediate reaction was suitably harsh.

It was indeed critical, but very relevant. But there were also plenty of reactions that seemed to buy what Jones was selling. This goes along with the “we love our guys” stance that has been peddled for some time as one of the excuses to shun free agency as an important roster-building tool.

It also goes against the deal Jones tried and failed to make to keep Gregory in the fold. This begs the question of how much he believes what he says.

Broken trust is a way of describing how many now view communication from within the team brain. Stephen and his father Jerry Jones both spend an inordinate amount of time talking to the media compared to how most franchise executives do. The problem is that they are considered obscure most of the time. In other instances, Stephen continues to double down on his highly questionable obsession with salary cap space.

It also includes a pretty smug assertion about how well he does with roster management. This contradicts his own admission that the team has continued to go up year after year. He also claims that the team is still on the verge of doing something meaningful in free agency, but the story presents a solid argument that is just empty talk.

This is all just a kind of propaganda. Every year, the Cowboys get people to join and feel the hype around the team’s prospects. But the number of those who are not aspired increases. Belief is usually reinforced after the draft, in part because of a legitimate argument about how Will McClay handles it. It will likely peak just before the start of the regular season.

The assertion here is that we need to step on the brakes. Maybe we should really trample them. We have to wait and see how things go on the pitch when games start to count this fall. Even then, we have to keep in mind that the timeline at this point doesn’t seem to be that daunting. The NFC East opponents all have notable flaws, and the non-divisional roster includes clearly struggling franchises like the Chicago Bears, Detroit Lions, Houston Texans and Jacksonville Jaguars. Achieving double-digit wins, maybe even tying last season’s 12-5 record, and winning the division seems very doable, even with a roster that isn’t as strong as 2021’s at the time. current. There are definitely other teams like the Los Angeles Rams, Green Bay Packers, and Tampa Bay Buccaneers that will give us a much better idea of ​​Dallas’ quality. But again, the playoffs will be the real measure.

That doesn’t mean all is lost, by any means. The team still has a strong core of talent to work with. Micah Parsons was a revelation last year and should only be better after playing with a hyper-extended knee in his incredible rookie campaign. More importantly, Dak Prescott is no longer rehabilitating his ankle injury and will hopefully be flat out through OTAs and training camp. So there is a real possibility that, overall, this edition of the Cowboys will be more effective than it did last year.

These are things the team should be selling, not false claims of replacing the production of one of the most impactful defenders or rigid restrictions imposed by the salary cap. This is not the path they have chosen. Color me pessimistic, or maybe call it staying rational and judging performance rather than letting false enthusiasm take hold.