Dallas Cowboys end preseason on high with win over Seahawks 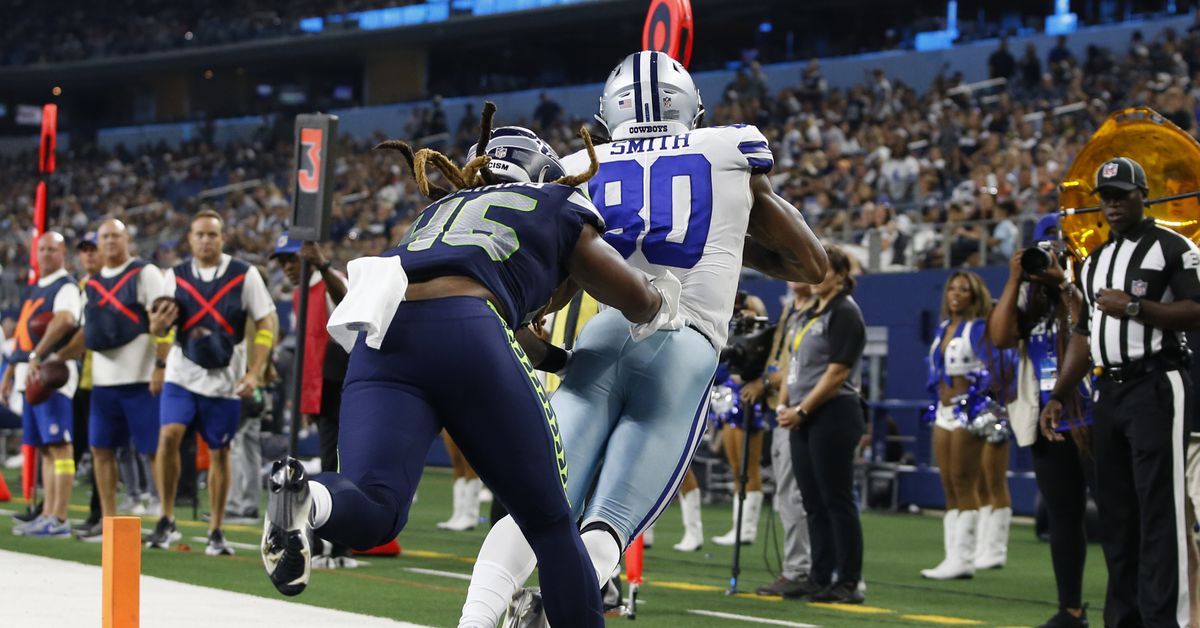 
The Cowboys end the pre-season in style!

It may have been the last game of the preseason, but with players fighting for their lives in the NFL, fans were treated to an entertaining game that saw the Dallas Cowboys earn a late win 27 -26 against the Seattle Seahawks.

Because the Cowboys largely played backups throughout the night as nine of the Seahawks’ 11 offensive starters were on the field early on, it was perhaps unsurprising that Dallas fell behind early. . But the team fought back, leveling the score at the end of the third quarter and then coming back from behind in the fourth to claim the victory.

Defensively, Dallas brought back memories of last season when they led the NFL with 34 takeaways. The group got five in that game – four interceptions and a fumble recovery. The Cowboys gave up 328 yards but held Seattle to just 15 percent completion rate on third downs, the Seahawks were also good on just one of five trips to the red zone.

Five things that stood out in the third week of pre-season.

Cornerback Nahshon Wright and safety Markquese Bell’s interceptions were turned into touchdowns as the Cowboys recovered from 13-3, 20-10 deficits to tie it at 20-20 going into the fourth quarter.

And fourth quarterback Ben DiNucci put the Cowboys ahead with a 14-yard touchdown pass to tight end Peyton Hendershot with 4:07 left.

Coach Mike McCarthy won his second straight preseason game since taking over as Cowboys coach in 2020 after losing his first five.

With pre-season coming to an end, it’s a stressful time for the roster bubble guys.

Although this game was largely a long audition for players whose best hope is to form a practice squad somewhere in the NFL, there were several positions where the game, particularly the first half , could have provided some clarity. Unfortunately, things remained murkier than we would have liked. Following Tyron Smith’s injury, we really wanted to see an improvement in all of the offensive line saves that were taking the field in this game.

That’s four players from somewhere in the depth chart, and a potential starter playing out of his usual position. The results were generally not good – at least to start with. But the local broadcast of the game in Dallas was just as interested in the line issues, and they spent a lot of time watching Josh Ball, who appears to be the current swing tackle leader. At one point, former Dallas mainstay Nate Newton bluntly stated that Ball wasn’t ready. However, on the touchdown scored late in the first half, Ball’s sniping looked a bit better. When the offense was on the sidelines, Joe Philbin was close to Ball, and he may have managed to practice.

It’s still a perilous situation for the Cowboys as they look for someone to start the first week against the Tampa Bay Buccaneers. It’s a talented defensive line coming to town. We can only hope they succeed, because Dak Prescott needs to stay healthy, and the running game needs those big players to thrive. Substitutes are almost as important as starters, as we were harshly reminded on Thursday. The team should always carefully consider possible options outside of the current roster.

The Dallas Cowboys have a big, big question at left tackle with less than two weeks to go in Week 1. Could they look to the Jacksonville Jaguars for help finding a solution?

According to sources close to the situation, the Cowboys have Jaguars offensive tackle Walker Little “high on their list” as they look at outside options to replace injured left tackle Tyron Smith.

Smith suffered an avulsion fracture of his knee during Dallas practice on Wednesday and needs surgery. Smith won’t be back on the field until December at the earliest, NFL Network‘s Ian Rapoport reported this week.

Projecting the Dallas Cowboys’ final 53-man roster for 2022: The toughest decisions will come along the defensive line – Todd Archer, ESPN.com

The Cowboys don’t have any big decisions to make, but they’ll have plenty of choices regarding roster gyms based on player health and roles. Owner/general manager Jerry Jones said wide receiver Michael Gallup will open the season on the 53-man roster even though he won’t play the first two weeks due to a knee injury. In order for receiver James Washington, out for at least the first six weeks due to foot surgery, to play later in the season, he must be on the active roster for one day.

On defense, they seem to have too many plays that can make the roster, especially along the defensive line, which could lead to low-level trades for conditional draft picks or perhaps a veteran offensive tackle .

The roster will be reduced to 53 players by 4 p.m. ET on Tuesday, August 30. Here is a projection: