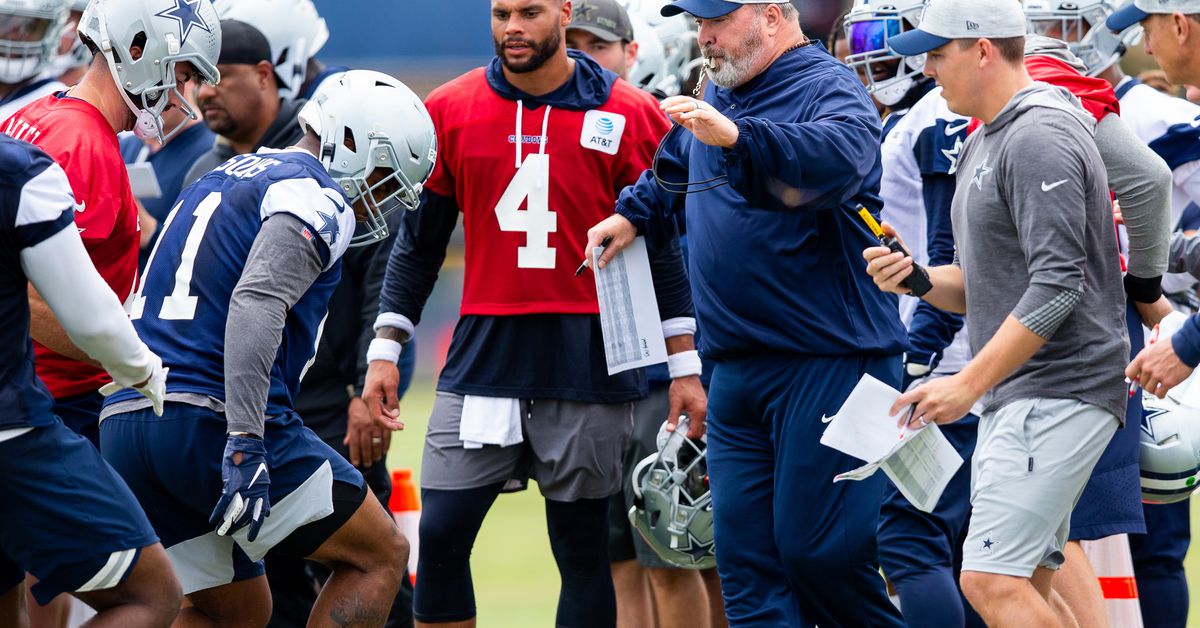 The Dallas Cowboys have now completed three training camp practices in preparation for the 2021 season. It must be said several times that we have only had three practices, which means it is far too early to draw legitimate conclusions. Yet some of the things we wanted to see have already started to happen and some of the things we thought we were seeing showed signs of promise.

Much of football is all about competition, which means that some players will stand out or surpass others. It’s part of the goal of training camp, to determine who are the top 53 players on your team to advance with in the regular season.

In the last episode of Boyz jersey on the Blogging The Boys podcast network, the guys chatted about winners and losers from the start of camp. Don’t forget to subscribe to the Blogging The Boys podcast network in order to have access to all of our shows. Apple users can subscribe here while Spotify users can subscribe here. Also be sure to leave a rating and write a review as it helps us a lot.

Some winners and losers are obvious, but some require a little more research and determination. Here are some of theirs from the early parts of training camp.

It’s hard to disappoint people as much as Mike Nolan did in 2020, so the bar was relatively low for Dan Quinn, however, he certainly delivered on his promises.

About a week into camp, Quinn looks like the hands-on teacher you want to see in a defensive coordinator. Plus, it seems his favorite ideas and characteristics translate well (watch the emergence of Nahshon Wright in the First Practice as an example), which is how it all should work in theory.

Dallas has made a point of reshuffling defense from a talent perspective this offseason, so it’s possible that the improvements we’re seeing are partly or entirely down to that. Either way, Dan Quinn deserves props at this point.

If there’s one player that fans are excited to see warrant a level of belief in the offseason, it’s undoubtedly Randy Gregory. It’s just starting to get legitimately aroused.

Where injuries currently hurt Trysten Hill and Francis Bernard (we’ll get to that in a minute), Gregory has even more opportunities with DeMarcus Lawrence also on the PUP roster. He took advantage of it in almost every way.

This is the first year Gregory has had the chance to experience every part of the offseason since his rookie season, and it’s obvious that the work he’s put in has come a long way. The Cowboys have been patient with him when it comes to football-related matters and it looks like such patience could pay off pretty quickly.

It’s a bit early to have real losers from a football perspective, and while we certainly hope to see Trysten Hill and Francis Bernard back soon, it’s hard to deny that the lack of time is hurting them.

Many believe that Hill has entered the camp this year on the list bubble and being on the PUP list will only hamper him in that regard. He showed signs of improvement in the small sample size we saw last year, but again the bar was low enough that he could overcome his rookie performance.

Francis Bernard is in a slightly different situation and could still save himself with a few contributions on special teams, but there’s no denying that the Cowboys are well-stocked with linebackers. Opportunities are precious and right now to miss them is not ideal.

We covered all of the action on Sunday in the latest video on the Blogging The Boys podcast network. Make sure to subscribe to our channel (that you can do here) so you don’t miss out on what we’re doing there.