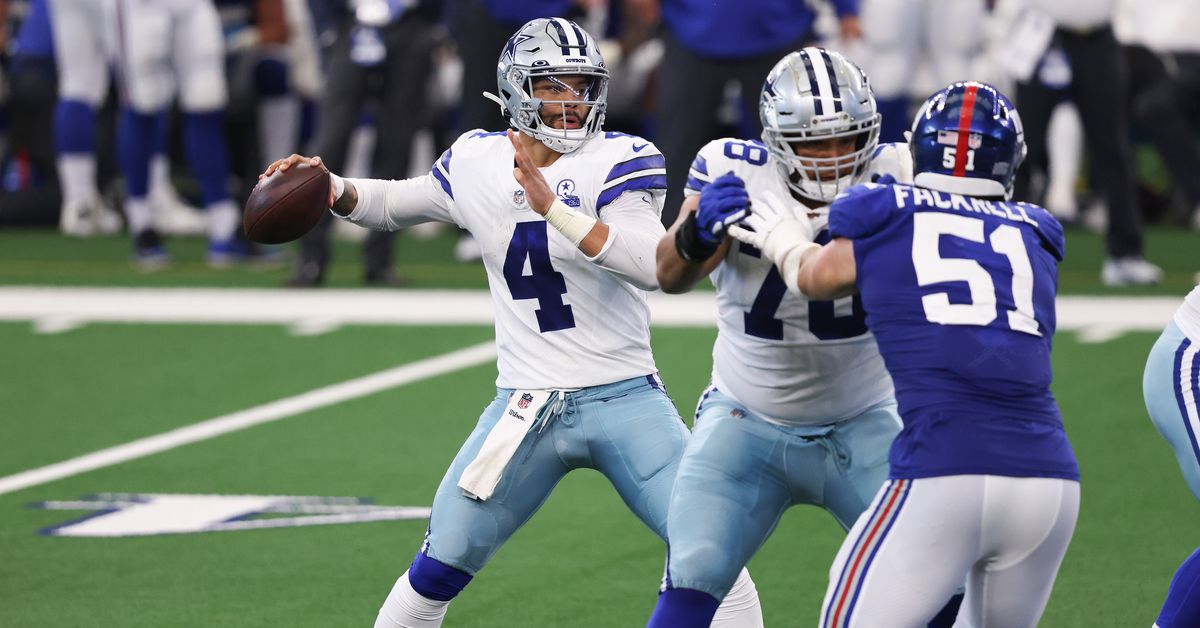 The Dallas Cowboys have won three games in a row and will look to make four on Sunday against the New York Giants.

Team America will complete a homestand as this week marks their third straight game at AT&T Stadium. Dallas won’t be returning to the building for about a month, but this particular game feels like the return of a story that just won’t go away.

Dak Prescott is obviously a huge story going into this competition as it was a year ago this weekend, against this team, and in this building, that he was injured and lost for the season. Leading one of the best offensives in the league with players like Amari Cooper, CeeDee Lamb, Ezekiel Elliott, Dalton Schultz and Tony Pollard, Dak will simply be looking to continue down the Cowboys path.

The New York Giants will do what they can to oppose Dallas. Quarterback Daniel Jones comes out of a 400-yard game as running back Saquon Barkley looked on top form in the team’s victory over the Saints of New Orleans Last week. The G-Men haven’t been too intimidating this season, but division games can always be a bit tricky.