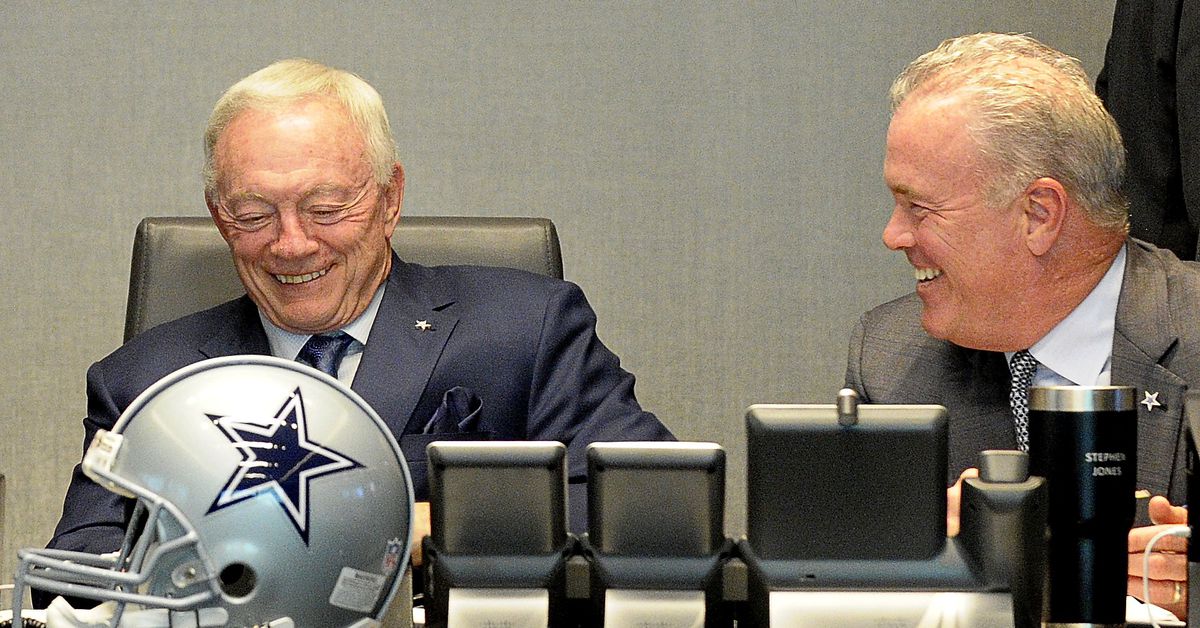 One of the biggest factors in anticipating the Dallas Cowboys in the NFL Draft is trying to figure out who’s available when they make their picks. This not only defines the universe of options available to them, but it can also be very important if they want to trade. At ESPN, there’s a handy tool to try and sort out such things. Although it’s based on a variety of fictional drafts, including those by Mel Kiper and Todd McShay, it sets out to determine where players are likely to exit the board and who stays in a given location. Since it’s on everyone’s mind these days, here’s a glimpse of what he’s telling us.

To narrow down who is more realistic, I’ll use 50% as the threshold. Any player below this threshold is assumed to be most likely gone. This removes some names that many find intriguing for the Cowboys, such as WR Chris Olave from Ohio St and Treylon Burks from Arkansas. I’m also focusing on OL, WR and EDGE for this drill, as those are the main areas of concern for most. But look at the names that exceed 50%.

There is also a very good safety in Jalen Pitre of Baylor, but we all know that Dallas never invests a lot of draft capital in this position.

It’s a great list to choose from, with a near certainty that at least one of them will make it to 24, and there’s a good chance they’ll be able to choose from the two guards linked to them. .

But what about the possibility of an exchange for another premium choice? Let’s say the Cincinnati Bengals are interested in moving for someone and will pack their 31st and 95th picks to do so. So what is left available for the Cowboys at 31?

Things get a little dicey. Both Greene and Johnson are in the 40% range. But Ebiketie is still above 50%, and now Georgia’s WR George Pickens might enter the conversation. North Dakota State’s WR Christian Watson probably intrigues some, but he and Central Michigan’s OT Bernhard Raimann aren’t Power 5 conferences. The Cowboys tend to shy away from those in the first round.

However, Dallas is using this first-round chip, they still have a few more picks that can be assessed with the ESPN tool. In the second round, they occupy the 56th place.

The list of names gets much longer as the uncertainty is greater deeper in the draft. But there are some very interesting players. Depending on how they played out earlier, here are a few that might fit the Cowboys.

It definitely looks like a sweet spot for a pass rusher in the draft. And it has some cute OL names as fallbacks if they can’t find one in the first one. But this group is surprisingly out of WR options, which most likely indicates a run on them in the first part of the second.

Moving on to round three, where Dallas sits at 88.

In addition to Petit-Frère, who according to this algorithm is still in the over 50% range, the Cowboys might be interested in:

That includes some smaller school prospects, as the Cowboys might be more open to those at this point.

What’s most interesting about this is how it may indicate a three-round strategy for Dallas. With the two top guard prospects still likely to be on the board, they might just stick to the path they’ve already flagged and take one at 24 and then still be able to get a good EDGE in the second and landing a WR in the third. It would seem the best fusion of top players and needs in this year’s draft.

Either way, ESPN’s tool is fun to use even if it only goes through the first three rounds, and could be useful for those of you who spit out fictional drafts.