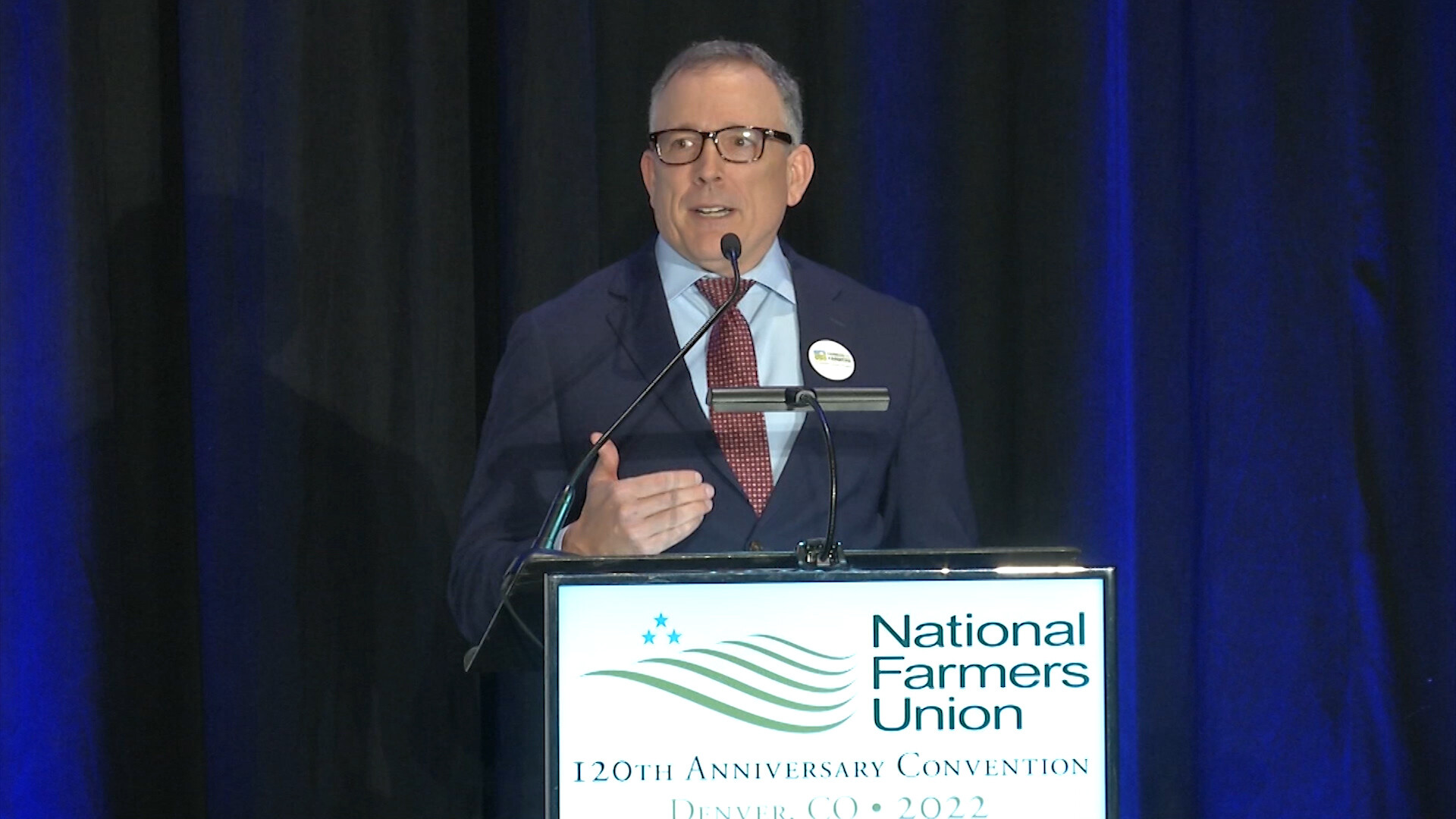 The National Farmers Union (NFU) convened its 120th anniversary convention Sunday in Denver, Colorado to celebrate America’s farm families and outline the organization’s policy positions and priorities for the coming year. More than 450 Farmers Union members from across the country are expected to gather for the annual event, which runs until March 1.

“Our annual convention is a great opportunity for Farmers Union members to come together, in person, to work toward our common goal of economic prosperity and social justice. With all the challenges we face today, our grassroots organization is needed more than ever to tackle these obstacles,” said NFU President Rob Larew.

During the three-day event, family farmers and ranchers will hear from speakers about efforts to establish competitive agricultural markets through the Fairness for Farmers campaign. There will also be a conversation with representatives from other essential worker organizations and institutions, and participants will consider what Farmers Union members and their communities can learn from the shared experience of the pandemic.

Outside of the general sessions, attendees will have a choice of several breakout sessions that include exploring the NFU’s history of fighting for fair markets, engaging the next generation of leaders in the agriculture, resolving confusion over carbon markets and discussing the potential of biofuels.

These conversations will set the stage for the organization’s annual policy review, line by line, during the last day and a half of the convention.

“Farmers Union members will set the direction of our organization and focus on issues that Congress and the administration will need to address in the coming year,” Larew explained. “The policies we pass this week will have influence in Washington, D.C., because lawmakers know that NFU policies are representative of the collective interests and concerns of America’s farm and ranch families.”

In addition to debating and voting on the NFU’s policy book, convention delegates will elect the organization’s vice president. Two candidates – current NFU Vice President Patty Edelburg of Wisconsin and Jeff Kippley of South Dakota – have thrown their hats into the ring and will get a chance to pitch their platform. NFU President Rob Larew is running unopposed for re-election.

The general session and panel discussions will be streamed live on the NFU Facebook page at facebook.com/nationalfarmersunion. More information about convention programming can be found at nfu.org/convention. Follow using the hashtag #NFU2022. Download the NFU Convention app here for more information.