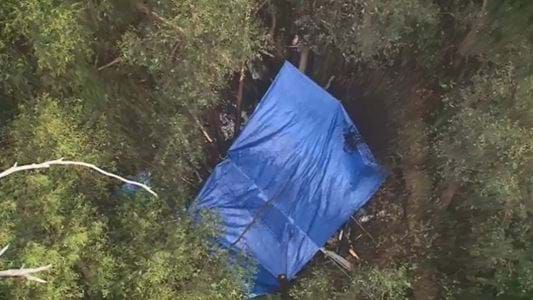 The fifth victim of Thursday’s Mount Disappointment helicopter crash has been officially identified as Nicholas Vasudeva.

The co-founder and chief executive of a financial solutions company, Nicholas Vasudeva, has been identified as the fifth victim of a helicopter that crashed just north of Melbourne on Thursday morning.

First Ag Capital released a statement revealing Mr Vasudeva was on his way to inspect the property at the time of the accident.

“Nicholas was an inspiring individual, with a storied career in Australia and the UK in a number of law firms and financial institutions,” the company said.

“He was a true gentleman with a great sense of humor who was much loved by all of his colleagues, associates and family, and he will be greatly missed.”

Mr Vasudeva was aboard one of two helicopters flying in convoy over Mount Disappointment on Thursday morning when one of the planes went missing.

Four other people also died in the incident, including helicopter pilot Dean Neal, 32.

Mr Neal’s family expressed shock at the incident saying ‘their broken hearts go out to the families and friends of those who flew with him’.

Ms Woodford’s brother described his sister as a “driven visionary” and “an eternal optimist”.

“She was the glue of our family, she was the one who made sure everyone was okay,” he said.

An investigation has been launched by the Australian Transport Safety Board into the cause of the accident.