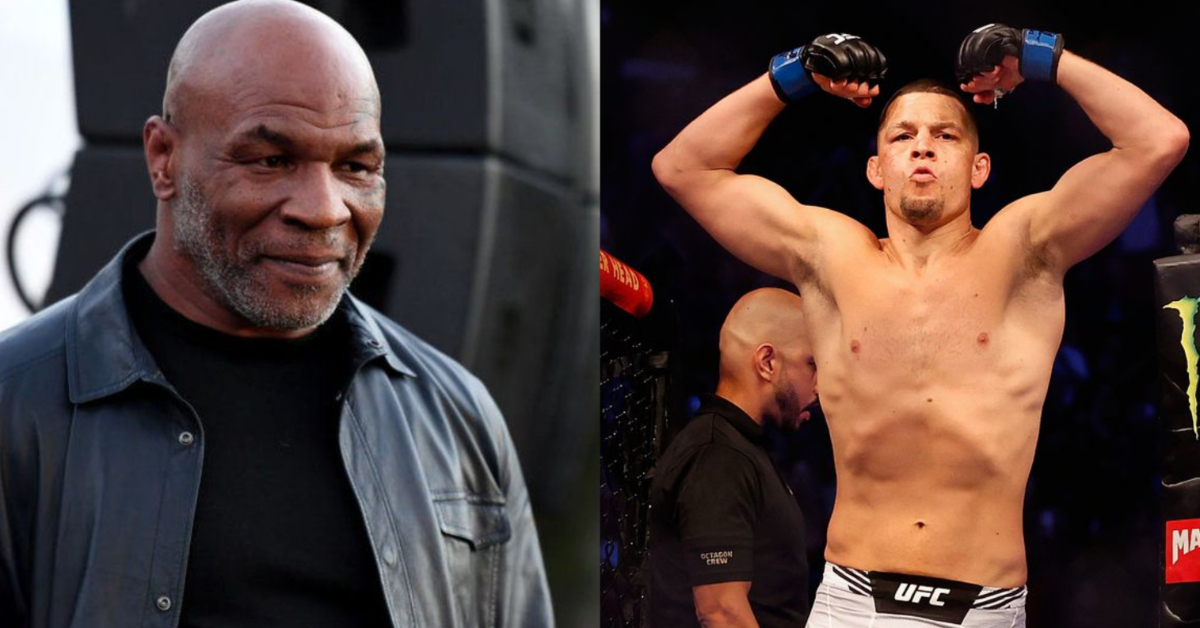 Nate Diaz is showing his support for the boxing legend after it was revealed TV network Hulu allegedly stole Mike Tyson’s life story.

Mike Tyson has received an outpouring of support from fans and celebrities on the upcoming Hulu TV miniseries about the life of the former heavyweight boxing champion. Tyson took to Twitter and Instagram, where he explained that the new TV show, which depicts his rise in the boxing world, was created without his blessing and has not been paid for the usage rights of his life story.

“Hulu is the streaming version of master slave. They stole my story and didn’t pay me.

Nate Diaz is perhaps best known for sticking it to the man, as he has done many times in the past. So if anyone were to stand with Tyson against big business, it would be Stockton’s bad boy.

Diaz did just that in the most Nate Diaz way, which is short and to the point.

You’d be hard pressed to find a fighter who grew up in Tyson’s heyday and doesn’t love the aging legend. Especially now that Tyson has become an incredible source of knowledge about life and the fight game. His popular podcast series has featured many fighters over the years and the love for Tyson has only grown.

Perhaps that’s why fighters and celebrities like Nate Diaz felt the need to speak up and stand up with Tyson. But, it’s also in Diaz’s nature to go against the grain. It wouldn’t surprise anyone to read this tweet as Diaz is known to fight “the man”.

The most recent example being the UFC itself. Nate Diaz turned down a lucrative contract extension with the company, in order to release himself from the contract and dictate his own terms. It’s clear that Nate Diaz values ​​freedom over money and the right to control his own story, which is why Tyson’s life story being used without permission must have stuck a nerve with the native. of Stockton.

Many news outlets picked up the story, especially after Tyson compared it to how slaves were treated in the 1800s, which caused a huge stir in the media world. So, not knowing what will happen in the future, one thing is certain, Nate Diaz will be there to fight alongside Tyson, as he eloquently reiterated his earlier point, in a new tweet.