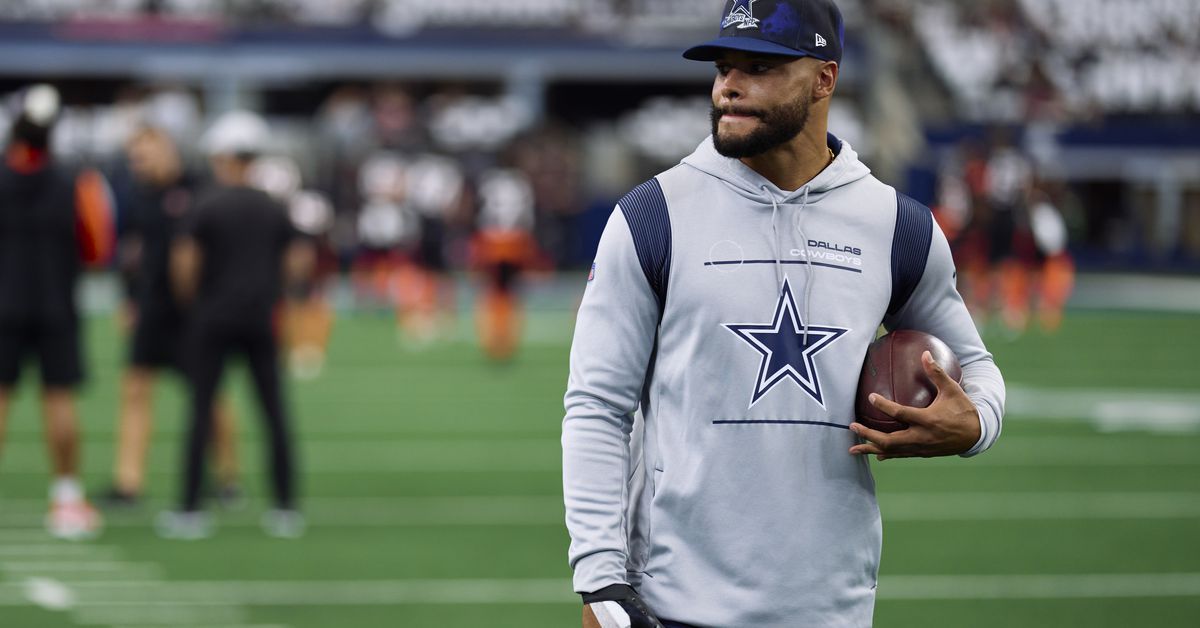 The Dallas Cowboys are off Sunday as they visit the New York Giants on Monday night football. It’s their third game of the season and the second full game they will have played without quarterback Dak Prescott.

As for when QB1 will return to the Cowboys’ roster, the team did what they could to inspire as much optimism as possible. Jerry Jones, who also noted that he would welcome a quarterback controversy in typical Jerry Jones fashion, gave the impression that Prescott could sometimes return as early as next week against the Washington Commanders. Considering that the initial time frame associated with Prescott’s thumb injury was 6-8 weeks, none of this really made sense.

During Sunday morning news across the national space, Ian Rapoport of the NFL Network noted that it was his understanding that the “first” Dak could return Oct. 16 on the road against the Philadelphia Eagles.

The Eagles game in question is still three weeks away; it’s the Cowboys’ Week 6 game. Right now, Philadelphia looks like the biggest threat to winning the NFC East title from Dallas a year ago, so obviously this is an important game, and therefore one where Dak Prescott will be needed.

It never made sense for Dak to come back in three weeks in total to the initial point of the injury. If he did return against Philly, it’s worth mentioning that Rapoport noted it as the “soonest” possible return for Prescott, which would be five weeks after the initial injury.