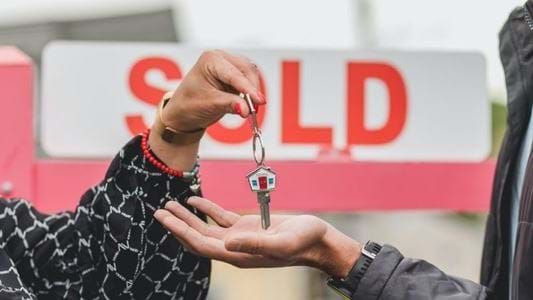 The International Monetary Fund has warned that Australian household debt could grow too quickly and could pose a risk to Australia’s financial system.

Growing household debt is believed to be a direct result of soaring house prices, which should soon be a problem for homeowners and banks.

According to the IMF, large mortgages are proving to be a direct threat to the stability of our financial system and are prompting regulators to tighten their controls on loans.

The nation’s household debt is among the “highest in the world,” Business Insider says, with continued rising house prices only making the problem worse, with analysts predicting prices will hit record highs later in the month. ‘year.

Pundits fear that liberal lending could backfire on banks and homeowners if the country were to sink into another recession.

Treasurer Josh Frydenberg played down those concerns by saying household assets are worth more than household debt.

While Mr. Frydenberg says household debt is not of great concern, the IMF fears that increasing lending with stagnant income growth could create problems for banks.

To remedy debt, homeowners may be forced to sell their properties, with some unable to pay the higher price for which they were purchased, especially if the home’s value has declined over time.

This means that the owners would be unable to fully pay off the debt, which could result in a loss for the banks.

This should then have an impact on the economy of the country as a whole, as consumption declines along with falling house prices.

The IMF is now calling on lenders to tighten controls on loans.

Stay up to date on the latest news with Your Morning Agenda – supported by a network of local journalists from all major Australian cities, providing timely, first-hand information on local stories:

Download LiSTNR and enjoy a new world of audio. All your favorite shows and stations in one library.