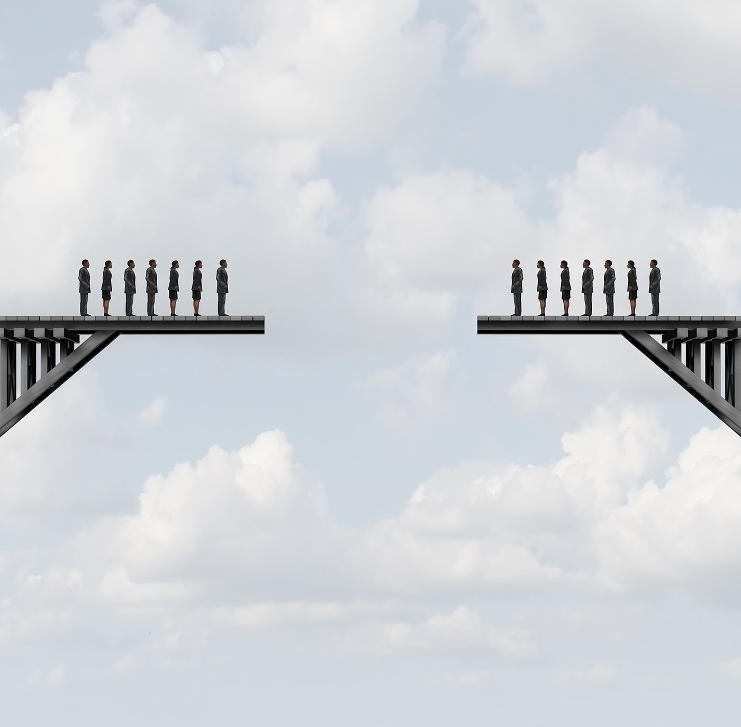 The blogosphere is the network of blogs, bloggers, commentators, the public and the links between them. based.

Why is this polarization a problem?

“In the online world, you have almost no contact with people whose opinions differ from yours. You are in your own bubble, ”says Van Eck. “When you are immune to opinions that challenge your opinions and your opinions are only confirmed by like-minded people, you become more and more rigid in your opinions and also more extreme.” Van Eck also observes that when people come across alternative points of view, it mostly leads to heated exchanges.

According to Van Eck, extreme polarization can lead to dangerous conflicts. “Look, for example, at the storming of the Capitol after the US election or the attacks here in the Netherlands on the municipal health service (GGD) and scientists during the coronavirus pandemic. The polarization dynamic on online media has played an important role in this regard. ‘ As the interests at stake and issues related to climate change only worsen, Van Eck expects us to increasingly see extreme conflicts fueled by polarization on social media.

Van Eck describes a world where one side is made up of climate skeptics and the other mainly of renowned climatologists and climate activists. “You see a strong polarization in the rhetoric on both sides. Climate skeptics describe climate change as something that is not real and that we should not do anything about, while climate activists take climate change science for granted and advocate for climate action. You can see the polarization in the speeches of the blog posts, but also in the hyperlink sources, in the way they speak to each other in comment sections, and in the way readers select content that confirms their current opinions on. climate change.

She notes that climate-skeptical bloggers constantly say that science models are wrong and mainstream science is wrong. His interviews revealed that climate science bloggers find it very tiring, as they have to fight the same narrative over and over again.

At the same time, however, climate skeptics aren’t just anti-science, Van Eck says. “My research shows that they mostly oppose mainstream science and use rhetoric to show that their research is also scientific. For example, they use statements like “what professor said”, “this is peer reviewed” or “based on scientific evidence”. This rhetoric can make them sound very believable, and you can easily be drawn into their bubble.

Who are the readers and what effect do blogs have on them?

Van Eck’s research shows that readers of both types of blogs mostly visit blogs that confirm their current beliefs about climate. Therefore, blogging online can have a reinforcing effect on readers through what is called the echo chamber effect. Since social media platforms and the users themselves primarily expose users to content that already matches their current views on climate change, social media primarily reinforces people’s existing views. People who already have skeptical views on climate are likely to read even more climate-skeptical blogs, and people who perceive climate change as a risk will most likely see sources that provide evidence of human-caused climate change. . “So when you start a climate blog, it’s very likely that you’re only preaching to the choir. “

How to counter this polarization?

So how do you start a dialogue with people who have very different opinions? “It’s important to try to understand the other person and to try to connect with their world, their reality and their values,” says Van Eck. “Find common ground, like concerns about society or the safety of your family. Start a dialogue based on these shared values ​​and ask questions to understand what someone is really saying. ‘

According to Van Eck, it is also important to actively fight against disinformation (fake news). “Teach people to recognize fake news. Scientific methods have been developed to immunize people against misinformation. But, as a society, we also need to think about how we want to deal with online platforms that have a polarizing effect. We can’t leave that entirely to commercial organizations like Facebook and Twitter. ‘

During his research on the climate change blogosphere, Van Eck noticed that many bloggers have switched from blogging to Twitter as a platform for the climate debate. Therefore, she is now interested in investigating this part of the online world. “People use much more emotional language on Twitter than they do on blogs, and emotions play a big role in how people perceive climate change. On Twitter, you see a similar dynamic of climate polarization where people stay in their own bubble. In addition, Van Eck will organize focus groups with young climate scientists to discuss their role in public debates on climate change.