Ten thoughts on the Cowboys’ Week 5 game against the Giants 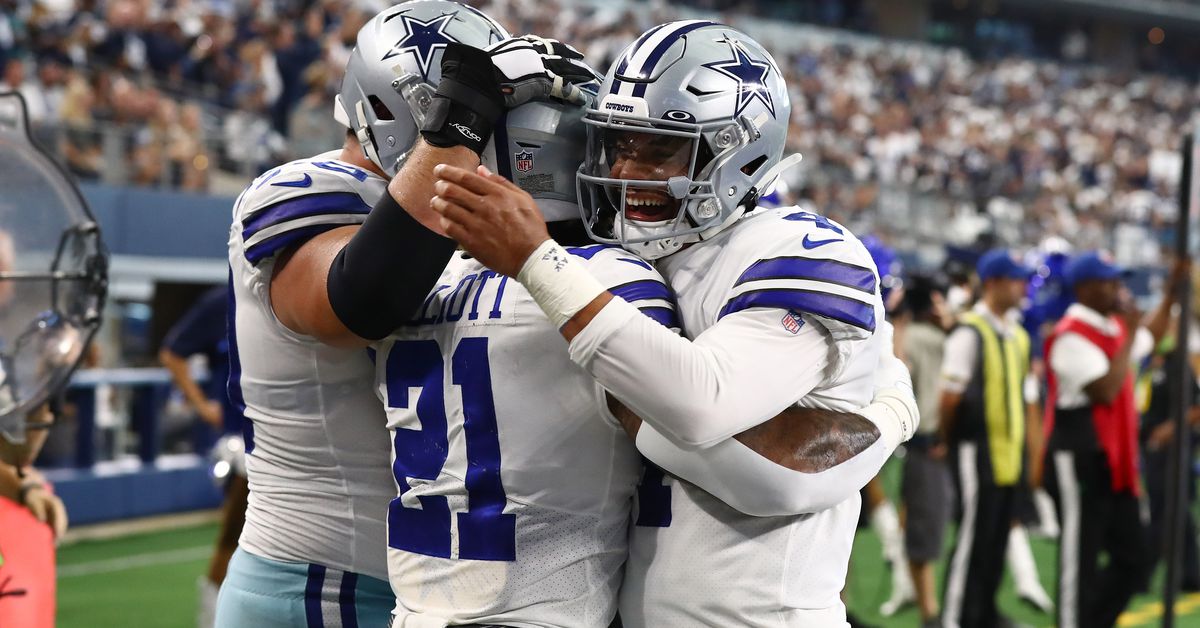 The Dallas Cowboys handled the New York Giants by a final score of 44-20 as the team pushed their record to 4-1 and extended their winning streak to four. These are two teams going in two different directions this season, and while the Cowboys are yet to prepare for a full game this season, they are pushing back their opponents and haven’t lost a game in over a month. . There was a lot to take on Sunday afternoon, and here are 10 thoughts on their convincing Week 5 win.

1. If Dallas can play a full game, he can beat anyone

It’s a scary thought when you think of the fact that the Dallas offense has either gotten stale or had a slow first half just because they are still dealing with their opponents week after week. They’ve been excellent in the second half of those games on both sides of the ball, but if they were able to play just as well in four quarters, they can beat any team, anywhere. We’ll see how this team plays out over the year, but if they can put it all together, it’s unclear how far they can go.

2. Daniel Jones’ injury changed the course of the game

Five games, six interceptions. Trevon Diggs continues to be a threat for opposing attacks and at this point you must be wondering why quarterbacks even bother to try it. Diggs is playing at an All-Pro level and at some point the QBs won’t be looking his way anymore. Until then, Diggs will charge them to do it.

4. Micah Parsons makes a hard-hitting tackle on the goal line

It was the third down and the goal and the Giants were in a wild formation with Kadarius Toney in QB, he fakes the hand and flies to the right side looking destined to cross the goal line. Like lightning, Micah Parsons arrives and makes a sure tackle to stop Toney short to force a fourth down. The next play, the Giants attempted a pass that wasted as the Giants returned the ball on the downs. This Parsons game came at a pivotal point in the game and if the Giants had scored things might have been different going forward.

5. Is a change in the center urgently needed at this stage?

Every week there seems to be something to report when it comes to the center position. There have been some difficulties in the post, and whether it’s snaps or playing strength, Biadasz has been a constant subject throughout the first five games of the year. Connor McGovern is believed to be starting to take center stage snaps in practice, and he might be called upon to act at some point. There are always growing pains and not everyone will be at Pro Bowl level, but if there are better options, they might be worth exploring.

6. Cowboys have the perfect tandem for running backs

The combination of Ezekiel Elliott and Tony Pollard goes together like a beautiful cooked steak and a glass of red wine. It works. They both have their own skills and are both so effective in their own ways. Having both hit double digits every week puts the defense in such a stalemate to defend that you just can’t get used to a running style. The Cowboys are better when both play well and they’ve absolutely clicked all the reels lately.

Even when a fall occurs or a drive stops, you just see a Dak Prescott quarterback playing at an elite level throughout possession. It plays the game to such a high standard that it is beyond a pleasure to watch. Get to the point, decisions are methodical and run when needed. Unusual errors are the only way for this offense and Dak can be stopped at this point.

8. No one makes better half-time adjustments than this team

Two weeks in a row, this team came out shooting after half-time. The third quarter was a really good one for the Cowboys and that’s where they were able to do the most damage and get separated from the teams. Kellen Moore is so tuned in to what the defenses are trying to do to them that it’s like a chess master waiting to see what kind of game his opponent comes up with before attacking them to checkmate. It’s honestly super impressive, and the only way they could do better is if they were able to put it all together for four quarters.

9. It feels good to see the Cowboys take care of the teams they should

For years, we’ve watched the Cowboys play down their opponent and not put down inferior teams. This year’s version seems to take care of business and it’s a welcome sight. They have yet to put together four full quarters of a great football and yet they have always shied away from teams. It will be interesting to see how good this team can be when all three phases click at the same time throughout the game.

10. I can’t forget all the missing players who will be back soon

Who knows if this team will one day be able to play at full capacity. Injuries are coming as we all know and the woes of the Giants have reminded us of it yet again, but the list of players who are expected to return this season is impressive. The role players get some precious playing time that will help move forward, but the stars and reinforcements around the corner are what is really exciting for the future of this team. Look for this team to keep progressing and as they get healthier.

We’ve broken everything since Sunday night’s win on our Dallas Cowboys post-game show on Blogging The Boys’ YouTube channel. Make sure to subscribe to our channel (that you can do here) to not miss any of our videos!

You can also listen to our post-game show on the Blogging The Boys podcast network where we have a number of different shows throughout the week, with at least one a day. Subscribe to our network to get access to all our episodes!