The communication network is ready to enter a brave new world 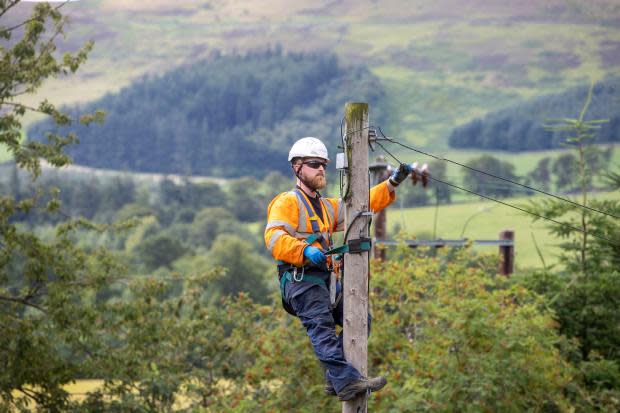 Although it may seem foreign to young readers, many of us remember the days when we had to choose between accessing the Internet or using the house phone, or even worse, the strident assault on the eardrums that followed. to pick up the phone while someone else was on the line. .

For over two decades, our internet and telephone connections in the UK have been served by the backbone of the UK’s communications infrastructure; the copper-wired Public Switched Telephone Network (PSTN), still reliable but not entirely efficient.

This copper network enabled internet access in many of our homes and businesses, and as technology advanced, eventually provided the holy grail of browsing the internet without worrying about phone calls dropping the connection. .

Perhaps the most heartbreaking memories of those early days of the Internet weren’t the blazingly slow speeds or the lost connections, but the tsunami of new and convoluted telecom jargon that came with it.

Although our connections have improved dramatically, the jargon is unfortunately here to stay as the telecommunications landscape prepares for another fundamental shift.

Openreach, the company responsible for the UK’s digital network, is phasing out its use of the copper cable network by December 2026 and other providers such as Virgin are following suit.

The replacement network will use newer digital technology, known as “Voice over Internet Protocol” (VoIP), which routes phone calls over a broadband connection. Some consumers may already have a VoIP-enabled phone installed and many of us have been using VoIP technology for some time through applications such as Skype, WhatsApp, Microsoft Teams and Zoom that use this technology.

Depending on who you ask, these apps worked as well as regular phone calls, if not better. Some users may see no difference between VoIP-based applications and a traditional phone call, but there are some major differences that consumers should be aware of.

First, the old copper cabling will be replaced by fiber optic technology going directly to the premises. This will provide consumers with significantly faster download speeds, clearer calls and more reliable connections.

So where does the transition leave consumers? Well, industry regulator Ofcom expects suppliers to ensure minimum disruption and protection from damage during the change and your supplier will contact you in advance to explain what will change and when.

It’s worth noting that the changes don’t mean you’ll have to use broadband or other services you don’t already have.

It is also important that you consider whether additional services related to your current home telephone connection will be affected. This includes services such as telecare devices, emergency and security alarms. You will need to check with the provider of these services if they will work with the new configuration.

Advice to citizens Scotland has engaged with the industry to ensure that Scottish consumers get all the information they need to understand the changes and are supported in translating the often intimidating jargon of the telecoms industry. CAS will continue to advocate on behalf of consumers to ensure no one is left behind.