The Esteemed Platform, FIPRESCI and NETPAC juries return to TIFF 2022 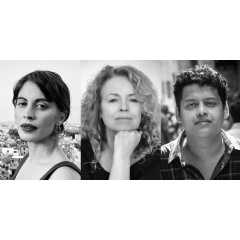 The Toronto International Film Festival® is delighted to welcome the return of three distinguished international film juries to honor outstanding works in this year’s lineup. The juries, made up of renowned film critics and filmmakers, are made up of five members of FIPRESCI, the International Federation of Film Critics; three jurors for NETPAC, the network for the promotion of Asian cinema; and three filmmakers for the Platform jury.

“It’s a privilege to once again have international juries in person screening films in theaters with TIFF audiences,” said Anita Lee, TIFF’s Director of Programming. “We really have the impression that the festival is back! The passion, experience and knowledge they bring to this year’s Festival will be exciting to watch in September.

The Platform Prize is awarded to the Best Film of the Platform program, which was awarded to Yuni in 2021. The FIPRESCI Jury will award for the 29th year the International Critics’ Prize dedicated to emerging filmmakers to a film from the Discovery program. Last year’s winner was Anatolian leopard. The NETPAC Jury will award the NETPAC Award for Best Feature in the Contemporary World Cinema and Discovery Programs by an Emerging Asian and/or Pacific Islander Filmmaker, awarded to Costa Brava, Lebanon in 2021.

Patricia Rozema (president of the jury) is a screenwriter, producer and director. Rozema established herself with her first feature film of international renown, I heard the sirens sing, which made its debut at the Quinzaine des Réalisateurs in Cannes. There it won the Prix de la Jeunesse, the first of many accolades, including being voted one of the top 10 Canadian films. Other highlights: writing and directing the love story When the night fallsby Jane Austen mansfield parkand co-wrote HBO’s gray gardens with Drew Barrymore and Jessica Lange (PEN Screenwriter’s Award, an Emmy Award nomination and a Golden Globe nomination). Rozema is a member of the Academy of Motion Picture Arts and Sciences.

Iram Haq is a Norwegian-Pakistani filmmaker. Haq started writing and directing in 2004. His first short film Trofast premiered at the Venice Film Festival in 2004. In 2009, she wrote and directed Skylappjenta, later selected for the Sundance Film Festival. His first feature film I’m yours premiered at the Toronto International Film Festival in 2013, and his second feature film What will people say was featured in our Platform program in 2017.

Chaitanya Tamhane is an independent filmmaker based in Mumbai. Tamhane’s first feature film To research premiered at the Venice Film Festival in 2014, where it received Best Picture – Orizzonti and the Lion of the Future. In 2016, he was selected to be mentored by Alfonso Cuarón as part of the Rolex Mentor-Protégé Arts Initiative. His second film, The Disciple, had its world premiere in 2020 at the Venice Film Festival in competition, where it received the Osella d’or for best screenplay and the FIPRESCI prize. The movie was released as a Netflix Original and was globally acclaimed as one of the best movies of the year.

Márcio Sallem (Brazil) is a film critic, teacher and writer.

Max Borg (Switzerland) is a film critic, writer and translator for the Locarno Film Festival and the Berlinale.

Andrew Kendall (Guyana) is the head of the Department of Language and Cultural Studies at the University of Guyana.

Diana Ashimova (Kazakhstan) is a producer at A Team Productions and artistic director of the Bastau International Film Festival.

An additional juror will be announced in September.

The FIPRESCI, NETPAC and Platform awards will be announced on Saturday, September 17 during the 2022 TIFF Awards Breakfast at the TIFF Bell Lightbox. Details to follow in September.

This news content was set up by WebWire’s editorial staff. Linking is allowed.