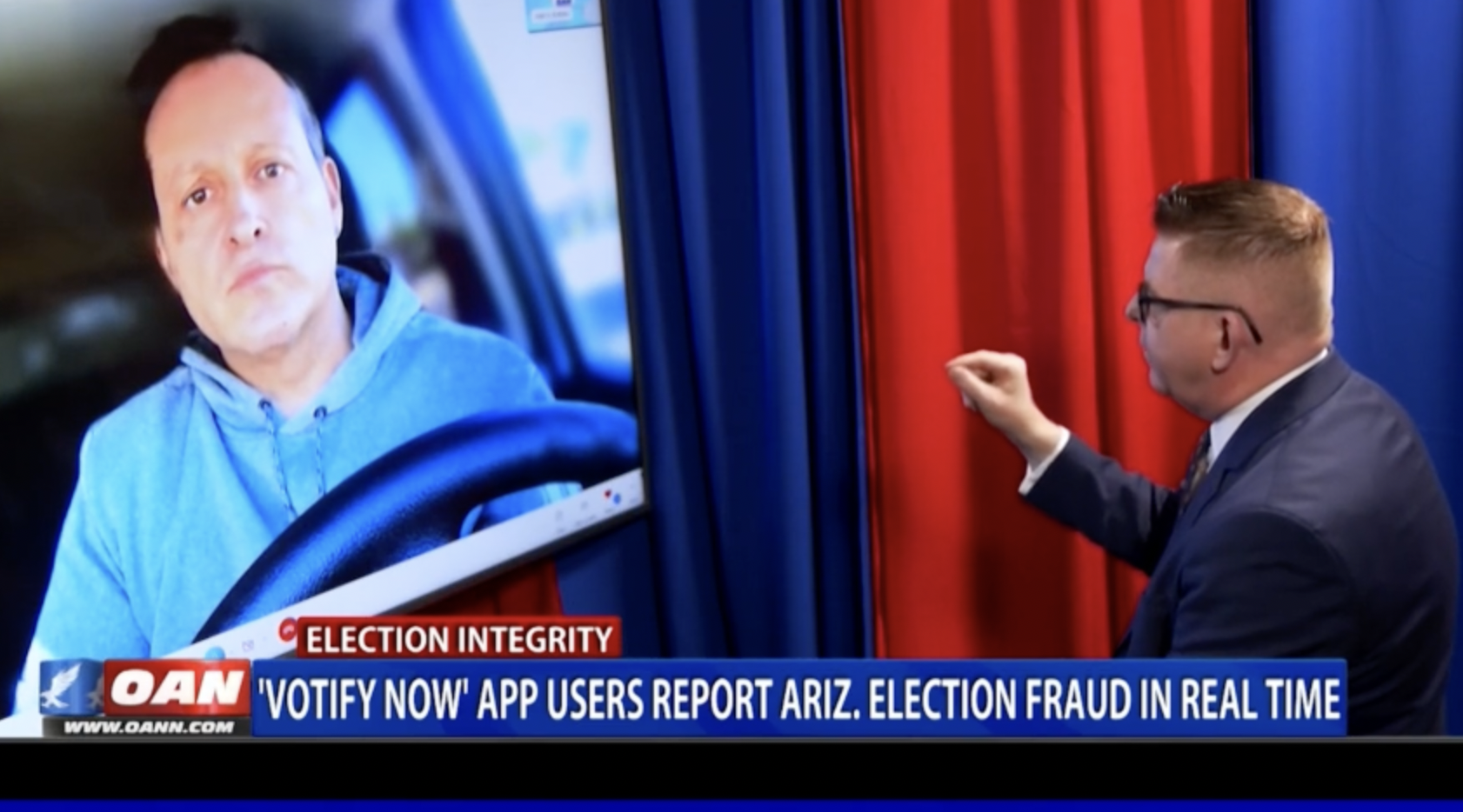 NEIL MCCABE (HOST): We are speaking now with Johnny Vieira, the founder of VotifyNow. Johnny, thank you so much for being on One America News.

JOHNNY VIEIRA (GUEST): Yes, thank you, Neil. Thank you for. I appreciate it.

MCCABE: What are the specific incidents that have been reported in Arizona, where you are currently located?

VIEIRA: For Arizona, in particular, a lot of issues with people asking not to be on a mail-in ballot, an early mail-in ballot, and they want to vote in person, yet mail-in ballots are getting present at home. We have several people living in an apartment who find ballots in the dumpster. We have screenshots and video footage of everything.

MCCABE: What is the purpose of VotifyNow?

VIEIRA: About 16 months ago, I started thinking seriously about electoral integrity. Created a tool of what we thought was a whole new way to approach election integrity and build, you know, people’s trust in the process and that’s what turned into VotifyNow which is all reviewed in real time and VotifyNow is the only system that has an app feature where users can watch Election Day and they can click the additional incidents button to see what is being reported around them.

MCCABE: Johnny, how could an ordinary voter use the VotifyNow app to report what they believe to be voter fraud in real time?

VIEIRA: Download the app, they’ll get a menu item asking what type of incident they’re seeing, mail-in voting issue, voting location issue, on the worst incidents, we’ll archive and we will store to keep the chain of custody, we will share them with multiple parties, we will not share them with any particular entity, it could be a sheriff or it could be a campaign manager. We share with multiple parties so there is no fun business.